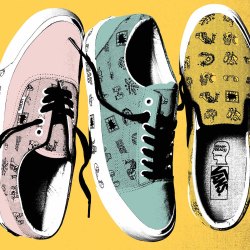 Coming together with long-time collaborator Kevin Harris, the collection is made up of two graphic tees, two short-sleeved woven shirts, a cap and a canvas tote bag that feature a custom graphic language and colour treatment running throughout. The capsule is highlighted by the footwear offerings which include a custom rework of the Classic Slip-On LX, Old Skool LX and the Era LX silhouettes. Constructed from nubuck suede, all 3 styles align with the apparel offering and arrive in three Summer ready pastel options, detailed with small illustrative graphics from the upper down to the midsole.

The Vault by Vans x Brain Dead Summer 2017 Capsule release will be available from select retailers including Goodhood from Saturday the 24th of June. 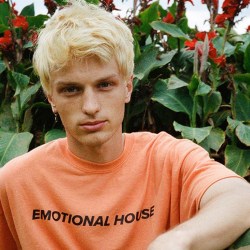 Copson return with a new timely release as the warm weather finally lands in the UK. Dubbed "Emotional House" we see new slogan tees in a variety of Summer hues and a new collaborative graphic series with visual artist Michael Willis which pays homage to the famous 'KU Ibiza' spot and it's emotionally charged posters by Yves Uro. The collection is capped off with an "Emotional House" slogan tee and also sees the return of the brands popular Dream Lover jacket which has been given a black suede re-up.

You can shop the latest from Copson ovr on their webstore now. 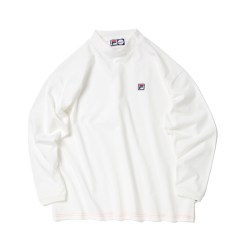 COPSON have come together with sportswear giants FILA and Japanese retailer BEAMS T on perhaps the most summer appropriate capsule collection of the season. Teaming up on a head-to-toe outfit consisting of a bucket hat, striped tee, mock neck sweat and pool side shorts, COPSON take their poolside vibes and apply it to the classic Italian athletic silhouettes for a laid-back release. Each piece is constructed from a premium soft-touch fabric, dressed in a subtle 'prosecco' colour palette throughout.

Unfortunately no UK release for this just yet and you can only pick up the collection in-store at BEAMS T, so if anyone is in Japan - pick me up a couple of pieces! For more from COPSON, head over to their website 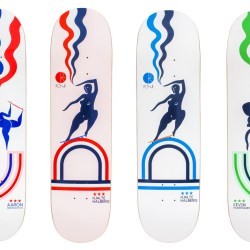 You can shop the latest Polar Skate Co. decks over at Flatspot. 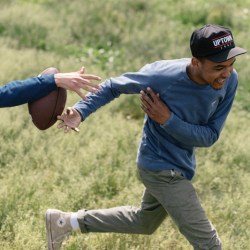 New York’s ONLY NY return with this feel good lookbook to coincide with the release of their Summer 2015 range.

Aligning the brands city themes with their sportswear influences, their latest lookbook shot by Chris Baliwas captures the crew enjoying recreational sports in the New York City sun. Following on from their SS15 release, the latest collection includes several graphic based tees, shorts, embroidered sweaters, hoodies and retro hat designs, drawing from sports, fishing and the city lifestyle. The colour palette is vibrant throughout, with some pieces washed out for a vintage look. All items arrive in limited quantities and are made entirely in the USA.

The ONLY NY Summer 2015 collection is available now at www.onlyny.com. 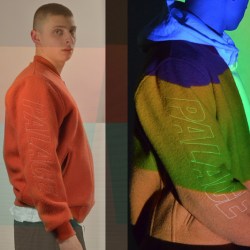 In one of the most highly anticipated drops of the season, Palace give us a glimpse of what to expect from their Spring/Summer 2015 collection, which also sees the brand re-launch their website for the release.

I’m sure the internet will be going into meltdown when the collection launches tomorrow (Friday 13th of March), although this is mainly down to the hype around the brand, the Spring/Summer release further reiterates why Palace have got to where they are today and is a solid representation of the brands growth. Focusing in on more technical outerwear pieces, the Spring/Summer 2015 collection sees Palace step away from their more graphic based staples and rather concentrates on providing more considered, functional garments that serve for skating just as well as for ‘hitting the pub with your mates’. It’s a far cry from the brands initial t-shirt line, but from its humble beginnings up until now, the brand has continued to maintain their recognisable style.

There is a great mix of outerwear, from lightweight nylon windbreakers to more heavyweight wool bombers, all of which are 100% British made and give consideration to the British ‘summer’. From what we can see from the visuals, the collection is rounded off with some strong graphic based long-sleeves and headwear options, from 5-panels to beanies.

Off the back of their nostalgic sportswear release with Adidas the last year, in which we were beginning to see glimmers of how the brand was planning to develop, we see Palace really step up operations not only through the clothing they produce but as a clothing company. Known for their experimental graphic pieces, they have successfully channeled their creativity into new ventures, in particular cut and sew, offering high quality clothing with a large sportswear influence. As a UK based site its inspiring to see a London skate brand grow and be recognised and widely respected worldwide, simply by doing something they love and supporting those around them. Their latest release continues to bring the brands unique aesthetic that encapsulates British style and fuses it with UK skate influence.

The Palace Spring/Summer 2015 release will be available from the brands web store – palaceskateboards.com, from Friday the 13th of March. 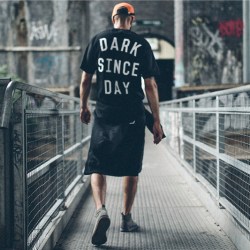 One of the most exciting brands in the UK right now – Dark Circle release the visuals to their second drop for Spring/Summer 2014.

Having recently come back after 3 years of absence with their first drop of the season, the brand has returned with another strong release focused on clean design and menswear style cuts. Their latest drop consists of a range of graphic tees and hoodies, 5-panels, bucket hats and snapbacks, as well as cut and sew items crafted at the brands in-house Birmingham based factory.

Check out images from the collections accompanying look book above. The Spring/Summer 2014 second drop is available now at www.darkcircleclothing.com and the brands Birmingham pop-up located in the city centre. The collection will be dropping at selected retailers from the 1st of August including Brighton’s Krusoe Store.