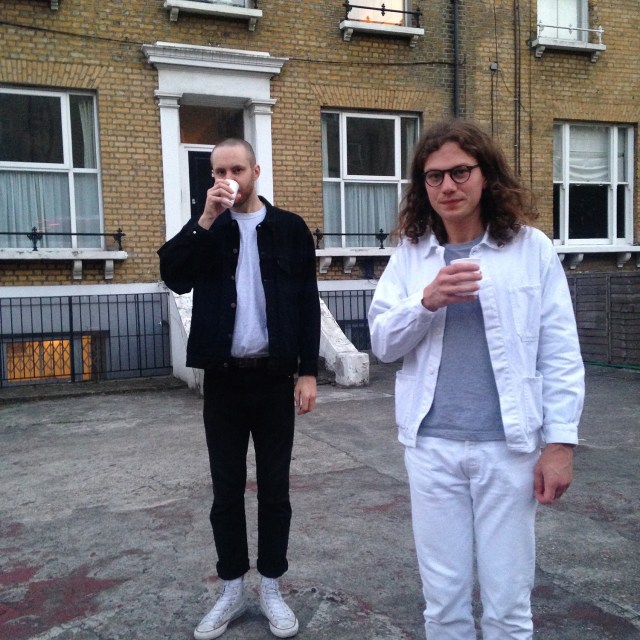 I first came across HERESY back in the Autumn of 2014 as they dropped their “Forming” lookbook.  Their anti-theist graphic pieces mixed with clean, well-executed cut & sew caught my attention straight away. Through their minimal, well styled visuals, which were put together with artistic composition, it was clear that HERESY was a brand with a strong sense of direction.

Born out of Peckham, London, HERESY was started by two young UK based illustrators who chose fashion as the platform to communicate their work and act as a vehicle to work in various other mediums that interested them. The whole foundation of the brand was born out of a DIY culture, from the origins of setting up something for themselves to promote their work to the hand screen-printing process used in creating their various collections. It’s commendable for anyone to take that kind of approach and take a risk to carve something out for themselves in their field, but most importantly with HERESY, their efforts are matched with accessible, unique and quality goods.

As they drop their latest collection for Summer 2016, I was lucky enough to chat to Jasper Dunk & Dominic Owen of HERESY to find out more on their humble beginnings, their DIY process and the inspiration behind their latest release…

For those who aren’t too familiar with HERESY, could you give us a brief overview of the brand?

We usually refer to HERESY as a kind of project, the main focus is clothing, but we use it as a platform/excuse to get involved in making lots of other things, music events, art shows, video. It’s also a really nice tool for reaching out to collaborate with people.

How did you get started on the project?

We’ve known each other for about 15 years, we made a lot of work together at university and afterwards ended up living in different cities, we started HERESY as a way to continue collaborating. Eventually we were both living in South London, we became more interested in clothing as a medium and decided to have a go at working seasonally, becoming a bit more ambitious how we wanted to shape it as a brand.

Did you have any experience in fashion design prior to starting HERESY?

No, almost none at all. I used to go out with a tailor and would go with her to buy fabric on Goldhawk road. We both lived with fashion students and saw how demanding the whole process can be, but somehow managed to forget that when we decided to wade into it with no experience. It’s fun but the learning curve has been steep. 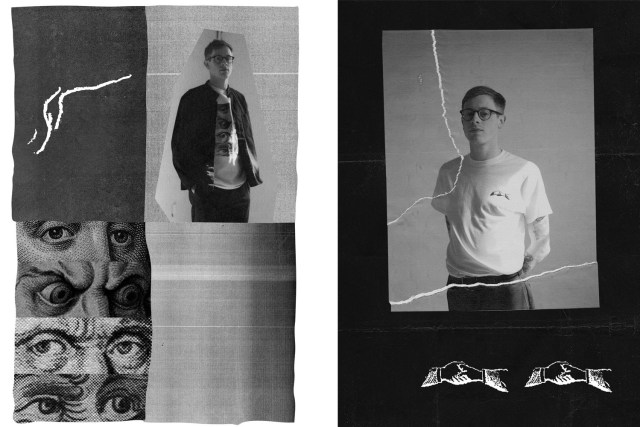 Having both studied illustration, why did you choose to pursue fashion?

It happened quite organically, almost by accident really. We both did a lot of screen printing when we were studying, making prints on paper as a relatively unknown artist can be pretty fruitless. Printing onto clothing transforms an image from something that existed in quite a niche, closed community to this totally accessible thing. Clothes turned into this exciting new medium for us to use. Its really interesting to see people that you don’t know walking around in something you’ve made.

What would you say have been the main barriers in setting up a brand in London?

To be honest I think the main barrier is time. London is so great for so many reasons and if you put the effort in you can get so much out of the place. But its crazy expensive to live here, so money is unfortunately always at the back of your mind, you end up spending lots of time trying to pay the bills when ideally you’d be making work. There’s a bit more pressure here to make things work in a business sense rather basing choices solely on creative preference. But despite all its pitfalls London has got to be one of the best cities in the world.

It’s clear that a lot of thought and care goes in to your output. Why is the hand made, DIY route important to Heresy?

I think in terms of making things we like being in control of as much as we’re capable of. DIY always seems more fun, the more involved you are with a process the more you learn, and it’s nice to follow paths that are alien and put you out of your comfort zone. You get better ideas when you’re challenging yourself. 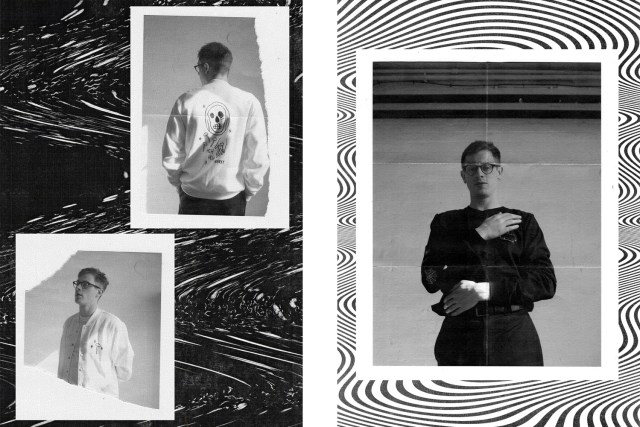 As a small brand who has managed to make an impact in the market, what are your views on the current climate for small start up’s such as yourself? What do you feel it takes to really stand out?

We’ve been told pretty much by everyone we’ve met in fashion that its a brutal industry. The market is already full, there’s no need for new guys like us, so you’re effectively trying to steal other peoples market share, which sucks, but can also feel really motivational. It keeps you on your toes and I think that’s one of the reasons its such an engaging industry to work in. In terms of standing out, we don’t have a definitive answer for that. I think the best thing you can do is just be honest and make stuff you’re genuinely interested in. Hopefully your enthusiasm shows through and people are into it.

You’re extremely proactive as a brand; styling music videos, putting together mix tapes, events etc. Do you feel these projects are important in building the brands identity?

Its really important to us that we work with other people, and having some consistency with our aesthetic gives people a reason to reach out. It’s cool when we get emails saying ‘oh we are working on this thing and thought of HERESY’, its like confirmation that we’re communicating clearly. We want to work with lots of different mediums, so it’s great that being diverse is working itself into our identity. 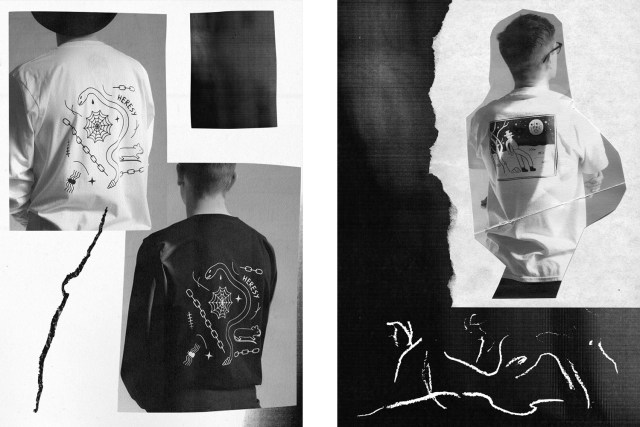 Where do you look for inspiration?

When we started we were looking a lot at religious and occult iconography. That’s developed into a pretty serious interest in folklore, which is a vast pool to take inspiration from. It’s a really living breathing subject and we feel pretty settled there for now. We’re going to Jack in the Green in Hastings again this year, and we’ve been excited about it for months. Spending the day in humanities1 at the British Library is the best spot for working stuff out though.

How did your collaboration with Beams T come about and what was the concept behind it?

To be honest we never did find out how Beams came across us. They contacted us totally out of the blue, we met up in London and asked how they found us but they couldn’t remember! They are good dudes, they’ve been really supportive and we’re working with them on some stuff that comes out later in the year. When they asked us to do something for Beams-T we made them a pretty crazy pitch about plague-leisure. They’re good about just letting us get on with it.

Any other collaborations in the pipeline?

There are a bunch of things bubbling away, we’re working on a radio/podcast project, there’s a group art show curated by a friend of ours that we’re really excited about, and we’re working on something with the dudes at Hokus Pokus which should be fun. 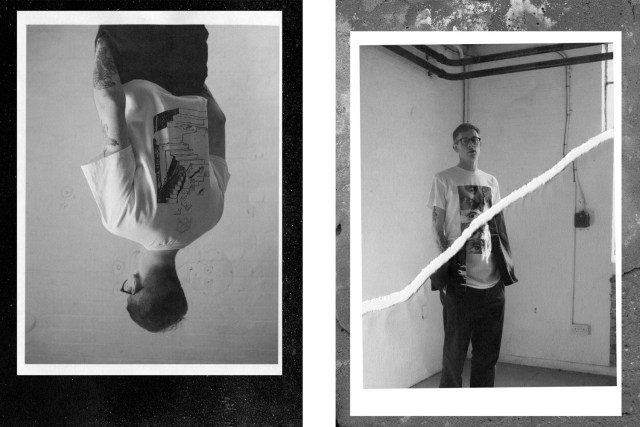 Talk us through the latest collection…

There’s only a few pictures of it floating around at the moment but we’ll put out our A/W16 collection in a few months. It’s a lot more ambitious than anything we’ve made before, we’ve made a lot more cut and sew pieces, and there’s even some colour in there which is a bit of a departure from what we usually do. The concept is based around folklore again, but this time we’ve focused on the American South, working with graphics and silhouettes that reference vodou, evangelical Christianity, blues, outsider art, and train hopping. We’ve always had an interest in that part of the world, especially the music side, so immersing ourselves in the research for that one was really great.

What’s next for HERESY?

Lots of work! Developing the next collection, some photo projects, working with some basket weavers on something that we’re crazy excited about. Also putting on some more music events in South London later in the year, and trying to plan some more time off so we don’t go crazy. 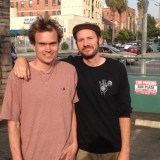 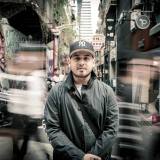 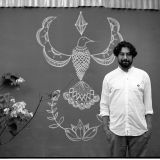