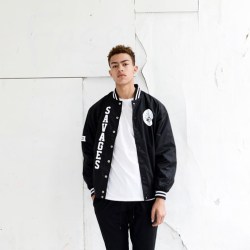 MN07 is a sub label of Seattle based Maiden Noir which was founded by Nin Truong as a creative venture under his WKND label. Maiden Noir’s journey started with a selection of pieces based on a mythical story line with each collection designed to continue the story. The brand grew and strengthened with their refined military aesthetic, tailored fits and considered material applications. Troung’s latest venture takes more of a contemporary twist on street wear design, drawing influence from and exploring different subcultures in their designs, and despite still holding some values that Maiden Noir holds true, the brand is certainly an identity of its own.

For Spring 2015, MN07 delivers relaxed, graphic lead styles that draw influence from 70’s Detroit art anti-rock band Destroy All Monster and there movement away from the free spirited hippie haze, hence the name of the collection “The Hippie Apocalypse”. The release is captured in this minimal lookbook that really puts the focus on the clothing and compliments the collections strict colour palette of black, grey and white, with pops of red and olive. As with Maiden Noir, a majority of the line will be produced in the US so we can expect the same levels of quality in both material and fit for MN07. 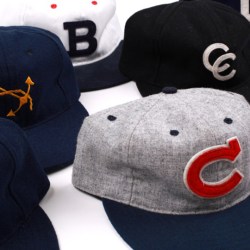 The brands American made authentic wool flannels have seen increased interest across the globe, with notable brands and stores queuing up to combine their own creative direction with the brands quality construction in design. Founded back in 1988 by Jerry Cohen, the brand was born out of frustration with the lack of quality flannel jersey on the market and the desire to bring Cohen’s vision to life. Today, Ebbets Field is still run by those who founded the brand back in the 80’s and remains committed to providing the modern consumer with the quality and craftmanship of mid-century American athletic garments.

You can shop the Ebbets Field Spring 2015 collection at Well Gosh, Present and Krusoe. 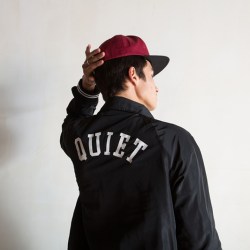 The Quiet Life lift the lid on their latest collection for Spring 2015 and their accompanying lookbook entitled “56th & Fig”.

The lookbook gets its name from the intersection of 56th Avenue and Figueroa Street in the Highland Park district of Los Angeles. This season The Quiet Life have enlisted the services of Dan Monick to produce these minimal visuals which compliment the clean, street ready designs that its showcasing. The collection is lead by several lightweight jacket options including coach jacket and quilted gilet styles, a series of wardrobe staples that we have come to expect from the brand including button-up shirts, long sleeves, hoodies and sweaters, as well as a healthy selection of headwear and several small capsules within the main line release including the Eden pack, Hawaiian pack and another instalment of the on going Camera Club collection. A range of cut and sew, colour blocking and pattern techniques have been applied to add some texture to the release.

We’ve seen a lot of what would be considered the ‘core’ streetwear brands out there continue to develop their ranges and take more of a focus in to cut and sew with more considered graphic pieces. Spring 2015 sees possibly Quiet Life’s most mature selection to date with vibrant hits in all the right places, keeping it simple where they need to. It’s great to see the brand move with the times while still remaining true their roots. 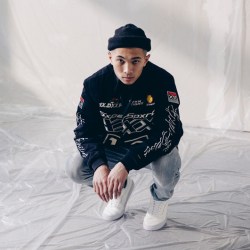 The brand looks back to the late 90’s/early 2000’s to draw inspiration from american workwear, hunting gear and the everyman ‘fashion’ of the era. For most, including me, the late 90’s/early 2000’s wardrobe is something I would happily forget, but 10.Deep have certainly managed to pull the best from the times and translated the pieces into a highly wearable, street ready collection.

Reworking stonewashed denim, bleached and over washed khakis, with a colour base of red, white and navy, which sets the overall tone for the collection. The release is diverse, comprised of several trouser styles from cuffed pattern joggers to patchwork denim, several button-down shirts and lighter outerwear options. 10.Deep also continue their focus on sportswear themes through various hooded sweaters and nascar themed jerseys.

10.Deep’s first delivery from their “American Glitch” Spring collection will be available at the following UK retailers shortly; 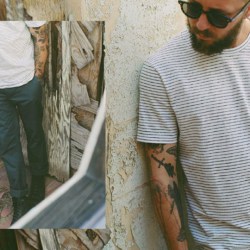 Prior to KR3W‘s Fall/Winter 2014 release we were lucky enough to catch up with Jack Toledo, KR3W’s design director. We touched on how the brand and it’s collections were continuing to mature and develop, to produce more considered lifestyle driven pieces. The same direction is applied to their Spring 2015 collection entitled ‘Nobody’s Hero’, which has been showcased in this alluring lookbook, shot by Cameron Strand.
The collection is comprised of essential staples from button up shirts to long sleeve tees, featuring minimal graphics and subtle prints for a clean aesthetic throughout. There is also a healthy selection of Denim, utilising a variety of washes including white static, light stone and artisan blue. Within the collection, the ‘Rights Refused’ program returns, this time collaborating with celebrated 90’s grunge photographer Charles Peterson, applying his iconic imagery to a range of long and short sleeved tees and tanks.
The lookbook was shot in Borrego Springs in the Californian desert, capturing the essence of the collection as well as its seasonal palette of eggshell, dark teal and dark slate, with its raw imagery. The KR3W Spring 2015 collection is available now Slam City and Parlour Skate Store 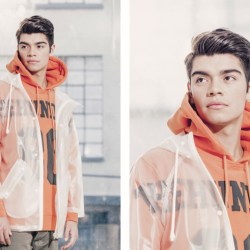 LA streetwear giants The Hundreds decide to take a slightly different direction for their Spring 2015 collection, avoiding the more thematic approach to deliver a mature release for the season.

The collection sees the brand reconnect with its roots, fusing Californian workwear styles with elements of streetwear, focusing in on construction and quality of the garments throughout.  Alongside considered graphics and a mixture of traditional and technical fabrications, The Hundreds have also added in 3 custom prints – the ‘Era Camo’ which is a revamp of the classic woodland camo, the marijuana inspired ‘Crazin’ print and finally the ‘Constellation’ print which pays homage to the mountains of Santa Fe.  The Spring release also sees the second season of the brands nano-technology that repels dirt, water and oil without adding weight or taking away from the colour or feel of the garment.

As a fan of The Hundreds, its great to see the brand continue to grow with their customer. Heavy branding and bold graphics have become a thing of the past, and they have recognised that. The focus the brand is putting on the finish and detailing is delivering great results, as well as maintaining elements that we’ve come to love about The Hundreds.

The Hundreds Spring 2015 collection will be available at UK stockists including Urban Industry and 5Pointz from the 23rd of February. 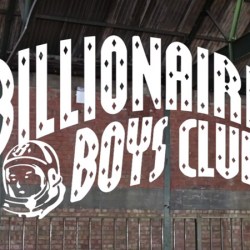 2014 was a succesful year for the London based creative who was responsible for A$AP Rocky’s ‘Chevy’ video and was also hailed by Complex as one of their ‘30 Under 30 Photographers to Watch’. His latest project sees him return to his hometown back to where it all started and the focus is kept firmly on the UK, from the choice of models to the styling. The aim was to create a ‘seamless presentation’ to showcase the offerings, and the rotating camera achieves this against an empty warehouse backdrop. Throughout the video we catch glimpses of the collection as the models move continually with the camera as it circumnavigates to the soundtrack of “I’m Ready” by British Hip-Hop group Caveman.

From what we can see from the short video, there is a strong selection of cut and sew pieces, most notably in the shirting options, outerwear and the panelled hoodies and sweaters. The colour palette mixes vibrant and more muted tones, with a range of patterns, patchwork and bold graphic prints applied throughout.