Only NY are teaming up with Taiwanese street-wear boutique Less for a ramen inspired Autumn/Winter range.

With New York being such a multi-cultural city it makes sense for this cross continent collaboration to blend aesthetics from Western and Eastern culture. Both brands have pulled inspiration from the ancient Taiwanese city of Tainan, more specifically from the famous Ta-a noodles that originated in the city. This Eastern influence is a big part of the capsule, which features a printed crew-neck pocket tee, both of which come in blue and white colour options, and a washed black polo cap with embroidered detailing.

Unfortunately the collab won't be available to pick up in the UK, but if you're willing to fork out on the shipping costs you can pick it up from Less stores early October! 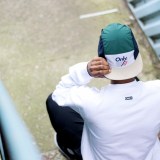 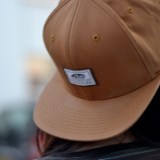 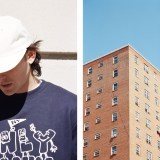 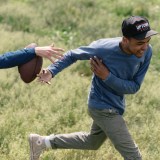