Having already added his own twist to the updated CTAS Pro Hi silhouette, Sage Elsesser now turns to another classic from Converse and looks to the past for inspiration in his latest pro release on CONS.

Originally introduced back in 1974, the One Star has remained a staple in the lifestyle market, while more recentley becoming one of the most prominent styles in skateboarding with the release of the reinforced One Star Pro. CONS rider Sage found inspiration in an old pair from the 70's that he stumbled across in a vintage store out in Japan, and aimed to match the original style down to the finest details. The resulting shoe is offered up in two material and colour options, with the Navy adopting a rugged hairy suede on the upper, and the white constructed from a premium white leather. As with most CONS Pro models, the latest iteration of the One Star Pro feature the Lunarlon insole for added cushioning on impact, while the rest of the design maintains the shoes iconic shape. Each shoe is finished with subtle detailing including the Converse Star logo on the heel and the custom Sage rose embroidered on the tongue, all of which sits on top of an off white sole unit. 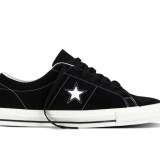 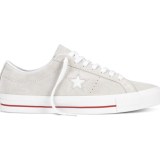 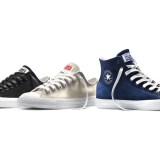 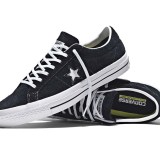