Al Hodgson is a seriously driven and rad dude. Having been in the Brighton scene his whole life he’s got some stellar knowledge about our often overlooked scene’s killers. Relocating to Bristol in the last couple of years hasn’t stopped him from being a pro-active figurehead in the scene, doing some amazing things on-board and behind-camera to push the envelope of what Brighton skating is all about. I don’t know how he juggles running Owl Skateboards and running Gripthumb simultaneously. Dude’s a machine or something. He approached me, with for-said knowledge in mind, saying that he had an idea to do an article with 5 of the best parts to come out of Brighton in the last 10 years. Of course I was down and without having to lift a lazy finger, he’d uploaded these following parts – with accompanying blurb – for us all to enjoy…

So this section is the first part of a ‘friends’ section in Brighten. However I always thought it was so sick purely because these guys showed how there were spots in Brighton when people constantly complained about there not being any. In the part they skate so many spots that had never been touched and proved that all you need is a fresh set of eyes in a city. Also, the Noseblunt Pop in is actually so so fucked…

Niall has basically managed a part in pretty much every single major Brighton scene vid since 2007, and in this most recent one he put a hurting on a ton of old O.G Brighton spots. Plus the homage to our friend Felix at the end is really a beautiful way to cap it off.

Possibly the current most stylish pair in Brighton skateboarding. Phil and Dex shut it down. With the rad filming and piano score by Sirus. Also, Polejam late flip.

Dan is an absolutely powerhouse as anyone who’s ever seen him skate knows. He can Kickflip Backtail anything at Mach Ten and never seems to lose energy. His closing part in ‘Like’ to the Beastie Boys was perfect choice from Ed. Tre Flip ender is bonkers.

Finally, my favourite Brighton part of all time, and he never even lived here. Joss was an amazing skater from Worthing who nobody in Brighton really knew, until his surprise penultimate part in ‘Brighten’. He stylishly killed the streets of Brighton and Hove with timeless style and finesse, slyly hitting spots you’d never even consider.
Slim also killed it was the editing and Animal Collective track with this one. This part showed Brighton how you approach true street skating in a city that has ‘no spots’. 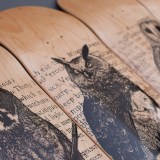 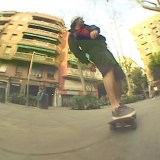 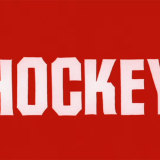