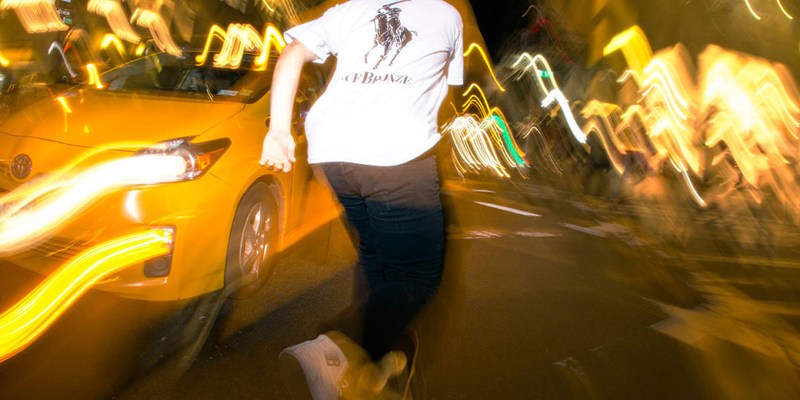 HUF link up with in-demand New York skate crew Bronze56k on a limited capsule collection this season, made up of co-branded footwear and accessories.

Hot on the heels of Bronze’s hugely popular collab with London skate giants Palace, they now link up with San Fran juggernauts HUF on a small release that references themes from late 90’s and early 2000’s pop culture. Bronze56K have gained a large cult following from their lo-fi videos that have led the way for many other companies who have followed suit since, but Bronze have stood out with their unique aesthetic, paying homage to the dial up internet and cable TV era, that can be seen in edits such as Solo Jazz, Enron, and Trust.

The limited edition collection is made up of co-branded socks and a rework of HUF’s Classic Hi silhouette in a white suede with Bronze’s Microsoft inspired logo on the heel detailing. The lookbook above, shot by Brian Kelley, captures Bronze team riders Richie Rizzo and Josh Wilson shredding low lit city streets of New York City in the Classic Hi’s, wearing promo-only tees and hats bearing a playful rework of the Polo Sport logo with an added Bolt instead of the famous Polo stick.

The HUF x Bronze56K goes on sale tomorrow, the 30th of June, at select retailers including Flatspot. and at Manchester’s Note Shop.

HUF and Bronze56K also worked on a short edit to commemorate the release, which features team riders Dick Rizzo and Josh Wilson shred the streets of New York in the co-branded Classic Hi’s. Enjoy the full video below shot by Bronze co-founder and videographer Peter Sidlauskas. 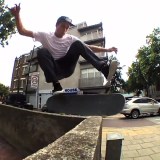 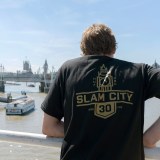