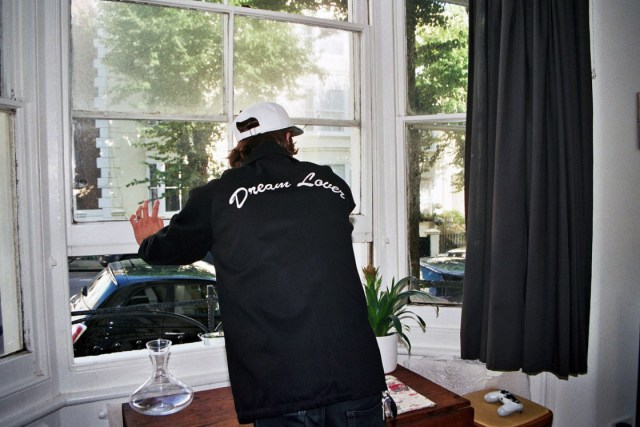 The first real interaction I had with COPSON came when they released the ‘Resort Cap’ back in December of last year. In the middle of one of the coldest months, they had channeled their signature warm weather vibes and dropped a holiday resort inspired snapback bearing the words ‘Club Copson’ in a red, 70’s inspired type. Unfortunately for me, I had seen the cap a little too late and despite my efforts, I wasn’t able to get my hands on one. Although my search for the hat was fruitless, through it I had found out a little bit more on the London based brand and I was really impressed by what I found. I could relate with the lifestyle they were pushing, and with influences in skate to the classic Italian poolside feels, for me it ticked all the boxes. It was a lot more than just simple graphic t-shirts too, there was a lot of consideration in their design from colour to fit – even their visuals were strong.

The last year or so since starting By The Level I’ve been left a little uninspired by whats on offer in the UK market, and despite some of the great brands out there, there weren’t many who were really standing out and giving something different. For me COPSON are one of the select few that are setting themselves apart from the pack. A lot of effort goes into ensuring quality throughout their collections, but the general vibe I get is that everything they put out comes natural to the team behind the brand and because of that it feels authentic.

Their latest collection for Spring/Summer 2015 dubbed ‘Saverio Dream’ was a personal favourite release from last season and it pushed me to reach out to Maria Falbo, COPSON’s founder, to find out a bit more on the collection and the brand in general. Bringing COPSON into a familiar Brighton environment was the aim for the short editorial we put together (above) and we were also lucky enough to share some words with Maria on building the brand, inspirations and plans for the future…. 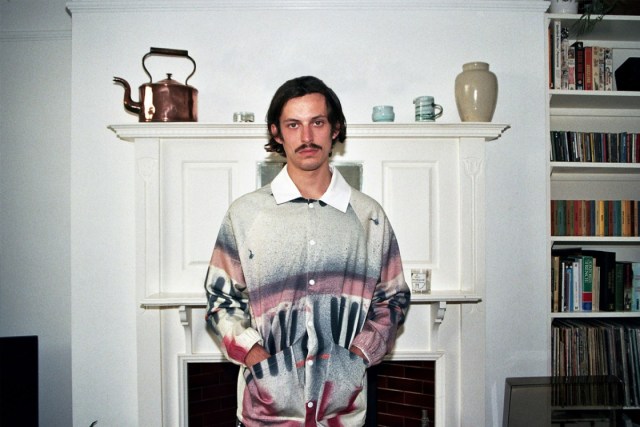 How did COPSON get started? Where did the idea come from?

It was initially a blogspot to host my creative influences whilst living in Barcelona. Daily inspiration came fromm skateboarding, music and classic style references. It all started with Pet Shop Boys – Domino Dancing.

Is there a story behind the name?

We lived on COPSON STREET at Uni in Manchester.

The brand has developed a lot over the last 6 years. What would you say has been the most pivotal moment for COPSON in getting to where it is today?

A constant dedication to the COPSON lifestyle, and lots of learning along the way. I wouldn’t say there is one moment – but more of a case of building blocks and progression.

There is limited choice in the market in terms of UK, and in particular London brands, who are really standing out. As a brand that has managed to set itself apart, what have been the main barriers in building COPSON out of London?

We currently manufacture in London so price is a barrier for sure. We’re dedicated to keeping production in Europe though – especially as we grow. The general cost of being creative in London is the trickiest carrier to overcome I would say. A lack of sunshine for daily inspiration too of course.

COPSON encompasses a lot more than just clothing, with editorial content, events and music all under the brands umbrella. How would you personally describe COPSON?

It has always been a creative concept inspired by lazy sunshine days and the good life. We‘ve never had a business plan or set any rules, but have just developed along the way. Designing clothing has always been an interest so we just went for it. It’s constantly creating a world we want to live in ourselves, clothes we want to wear, music we want to listen to on holiday…. 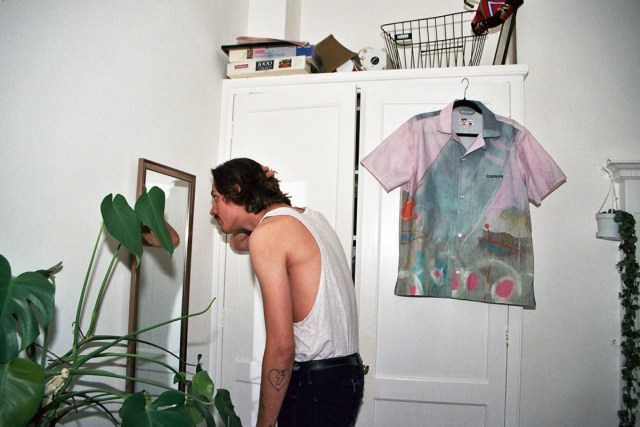 Could you talk us through the latest collection? What was the inspiration?

The pieces are always inspired by classic Italian Riviera style, with a touch of pastel. We want to create leisurewear that people can wear everyday, and offer something special to our consumer. ‘Streetwear’ is so boring – its fun to break the rules a little.

The visuals are some of the strongest we have seen from any brand this season. What inspired the ‘A Young Summers Heart’ video?

Once again… we’re so bored of all the generic lookbooks up on Hypebeast. The word ‘brand content’ is so saturated. My family are from Calabria, Italy where we shot the video – and I would say much of my inspiration for COPSON is rooted there. I’ve always had a passion to bring skateboarding there – in a very chill way and create something truly special – content that makes a difference. I had been interested in working with friend and Director, Romano Pizzichini, for a while. After a few Negronis ( of course) we were like ‘fuck it’ – lets just take Vilads – COPSON poster boy to Italy, and film something truly epic. It was shot in and around my grandmas house.

A Young Summers Heart allowed us to stand apart from being another ‘ streetwear brand’ or lo-fi skate brand, and create something true to COPSON that represented our lifestyle – once again with no rules…I’m glad you liked it!

You worked with UK artist Jamie Humphrey on the designs for the printed shirts. How did that come about?

I skate with Jamie in London– he’s a friend of mine. His liberal mind, and pastel saturated artworks have always caught my eye. I wanted to work with him, and it clicked – lets put them on the cocktail shirts. We printed our own cotton poplin from Jamie’s work.

With your own history in skateboarding there is a natural skate sensibility to COPSON. Would you like to develop this aspect of the brand or remain more fashion focused?

Whatever – again no rules – skateboarding has been a massive part of my life growing up so it will always be an influence. It is just one aspect out of many that make up the COPSON lifestyle. The most important thing is to remain authentic.

Having worked on collaborative projects in the past, are there any other brands that you would like to work with moving forward?

There are many – not fashion – but sadly can’t list any for now.

What’s next for COPSON? 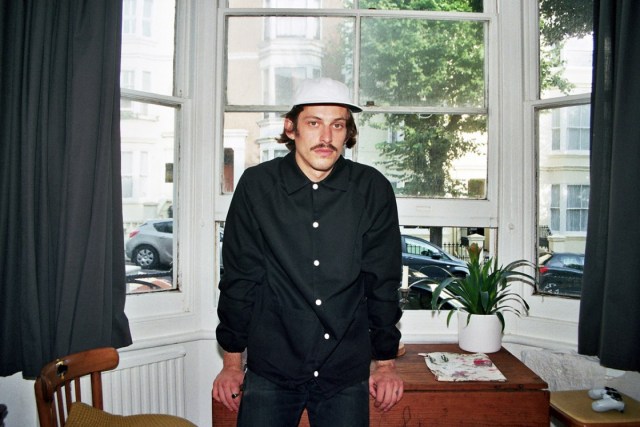 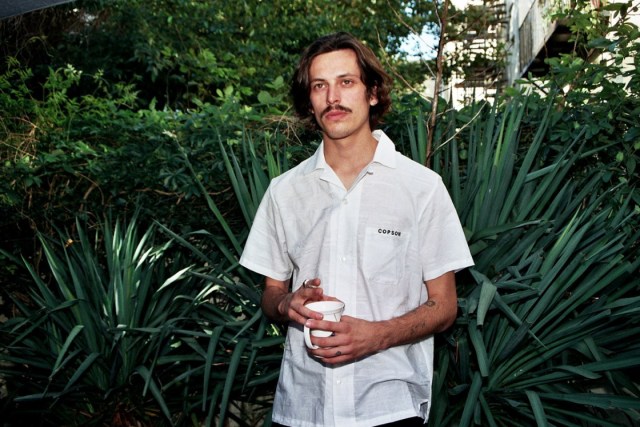 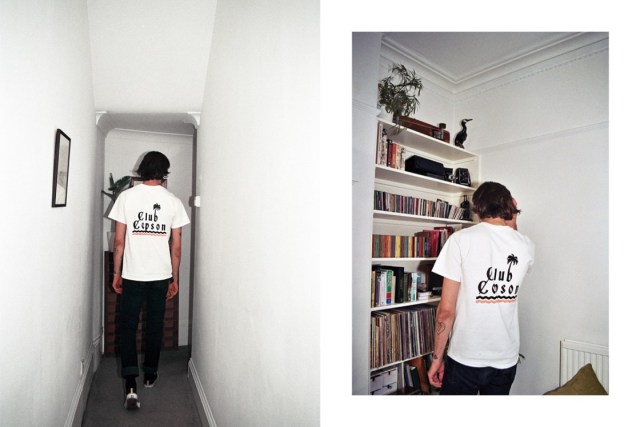 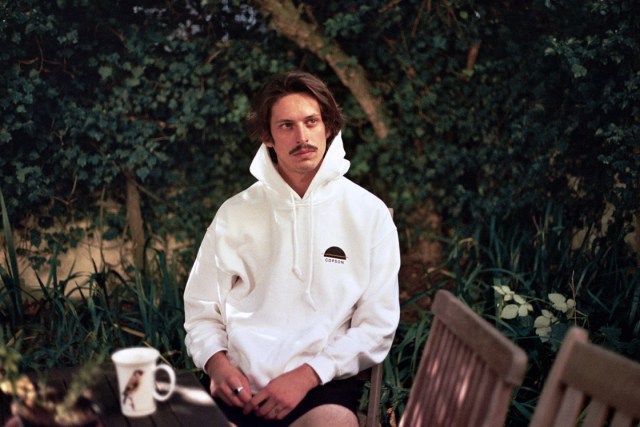 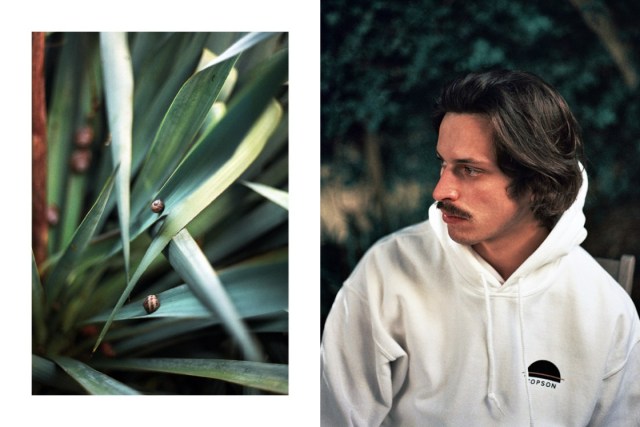 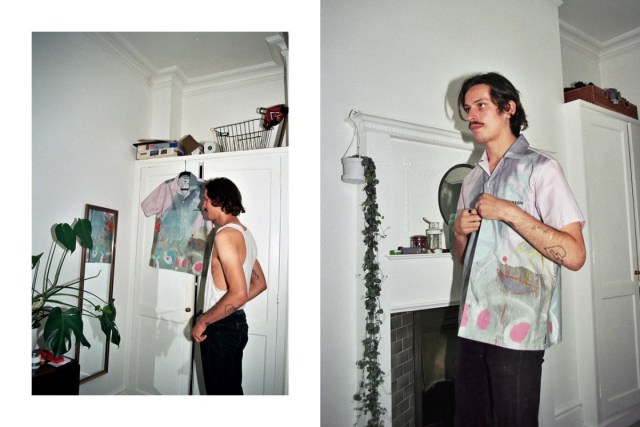 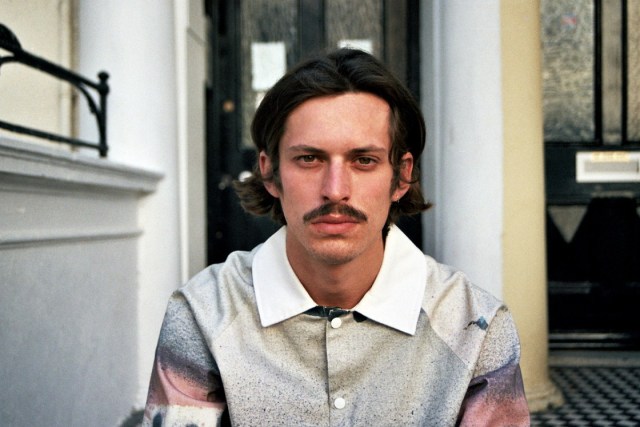 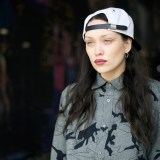 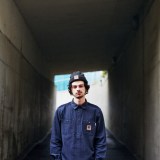 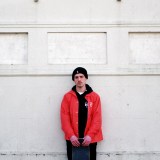 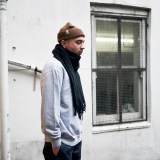